Our friends down at Oxford's great store END OF ALL MUSIC have put out this compilation of music originally recorded by George Mitchell... great raw Blues!

Here's what they had to say...

Hospitality State of Mind is a collection (selected by us!) of blues and gospel tunes recorded by George Mitchell throughout the South from 1962 thru the 1980s.

Our idea for this album was to introduce folks to these artists and the field recordings of George Mitchell, but also to present these songs on a record for everyday and any mood–a truly listenable and enjoyable batch of songs that you can keep playing over and over again. Instead of focusing on one particular artists or place we instead chose the songs based on flow, sequence, and melody. We picked songs that never get old and keep us coming back. The idea is that this record could live on your turntable almost exclusively. 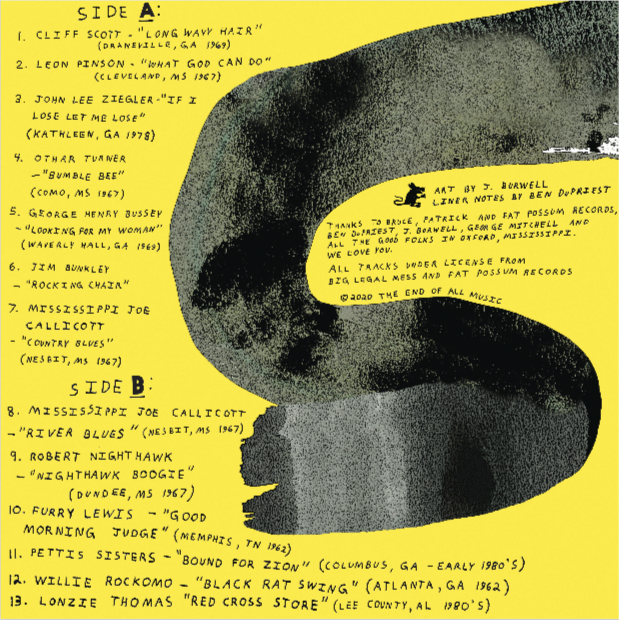